I will do an article on night photography soon. In the meantime, I am often shown night sky photos where the stars are not exactly pinpoint…they look more like commas than periods. Here are a few simple things you can do to get the stars to be absolutely pin point even on a long exposure.

-Use a remote cable or wireless trigger to start your shot. Even touching your camera to start the shot may cause a bit of wiggle and smudge those pin point stars you want to capture.

-The shorter the shot you can use to get your shot the better. A typical Milky Way shot might be 10-30 seconds. Most of mine are at about 20 seconds. The less time the shutter is open, the less likely you are to have any wind blown wiggle. If you are thinking about shooting for a full thirty seconds…try it at 25 seconds and see how it looks…it should look fine and you will have reduced the chances of star field wiggle by a significant amount.

-Do not shoot longer than 30 seconds unless you are shooting star trails or you have a mount that will track the stars. 31 seconds and you start to get that comma look in your stars.

-Always use a sturdy tripod. Flimsy cheap tripods blow around in the wind and that shows up in your shots.

-The lower to the ground the tripod is…the less it is likely to blow around.

-Try to find a way to lessen the wind hitting your camera and tripod…maybe shoot over a rock or whatever. We look for wind protected areas to shoot.

-Some people hang heavy weights from the middle of the tripod to increase the stability. I use to do that before I dropped that heavy weigh on my toe in the dark. I don’t do that anymore.

-And there are two more likely suspects when your stars are not coming out pin point…focus and moisture on the lens. Focus is critical. Make sure your first few test shots are looked at carefully…fully magnified when you review them to make sure you really do have sparkling focus on both your foreground element (like a tree or a rock) and the stars themselves. If the stars are not perfectly round…re-focus…and check that focus from time to time during the evening…lenses can get batted around a bit as you move and you might just move the focus ring by mistake.

If you are shooting up high or near water or in misty weather…bring along a microfiber cloth or ChemTech tissue to clean/dry the front of your lens every several shots. I have “lost focus” in the middle of a shoot strictly from mist building up on my lens.

Oh…and one last thing. We often shoot in an area where the clouds eventually roll in. Before the clouds arrive…the moisture arrives. It may be up high and, as such, you don’t feel it nor is it getting on your lens…but it is obscuring your shot. So…if you can not quite figure out why your most recent shots are no longer in focus…suspect the moisture in the air and maybe move higher on the mountain or away from the incoming moisture.

The following photo is what the stars should look like in a long exposure…not commas or little deltas…pin points. 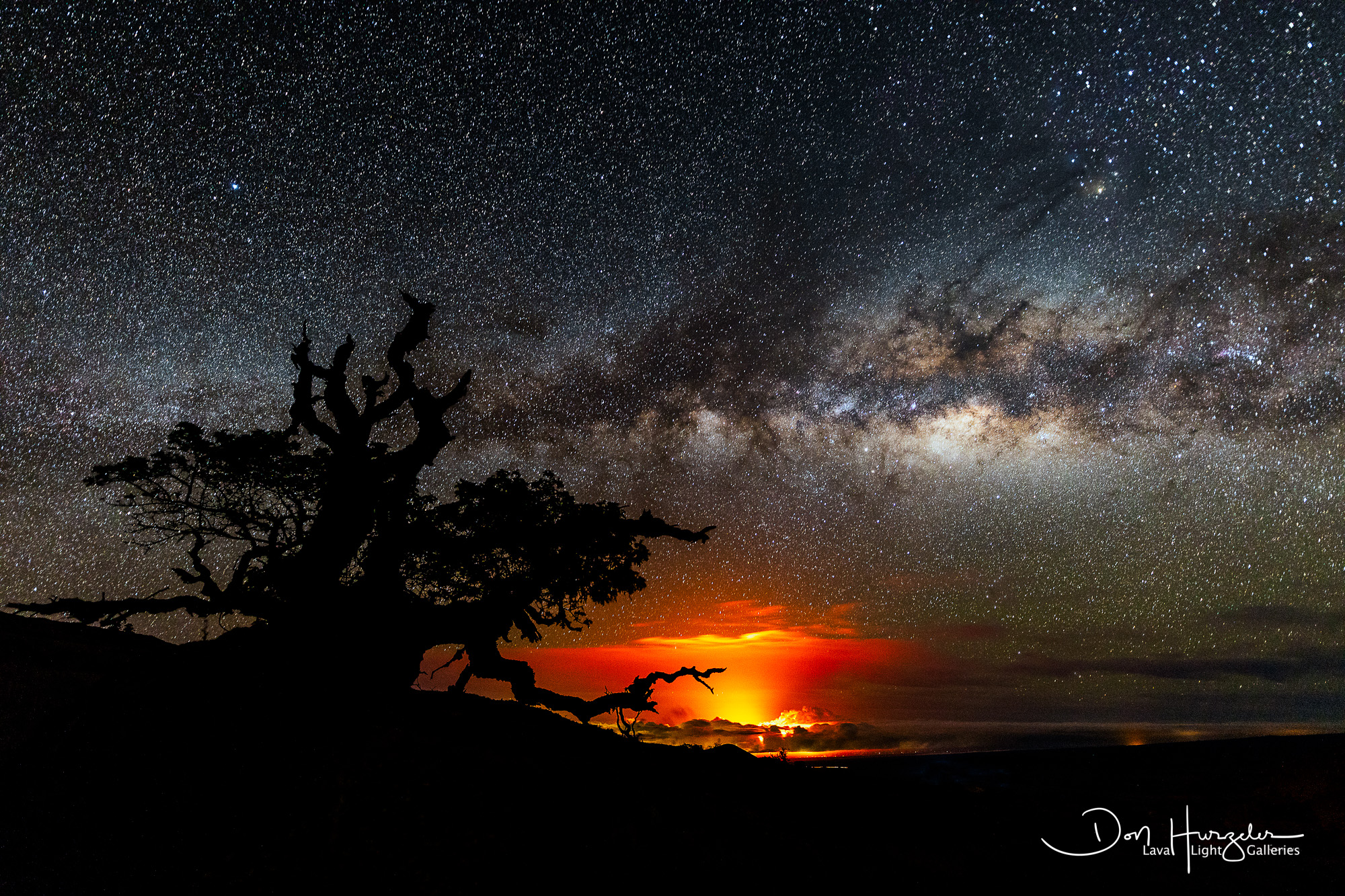