Linda and I rolled up on an area where a cheetah was chasing a juvenile Hartebeest. We pulled out our cameras and started to shoot the scene in front of us…right in front of us. All of a sudden, everything changed. The chase for the small Hartebeest was abandoned and the tables were turned. The entire herd of Hartebeest went after the cheetah. The cheetah could normally outrun them all, but she was out of gas from the first chase. She cranked her speed up to about 70 miles per hour for just a few seconds and then started fading and fading and the Hartebeest closed in. I found myself torn as to who to root for, but really didn’t want to see any of the animals killed right in front of us. My camera held focus throughout the entire chase…save one critical frame…the frame where the Hartebeest darn near got the cheetah. Guess what…Linda caught that frame perfectly and you will see it in the attached photos. In the end, the Hartebeest veered off and let the cheetah escape by it jumping into a nasty looking thorn tree…well up off the ground and not an area where either animal would voluntarily go…the cheetah hated it, but it saved her life.

I went back and looked at the time on my camera. From start of sequence to first shot in the thorn tree…just 15 seconds. In those 15 seconds, maybe 300 yards were covered…blinding speed at first and then…not so much. One lucky cheetah. 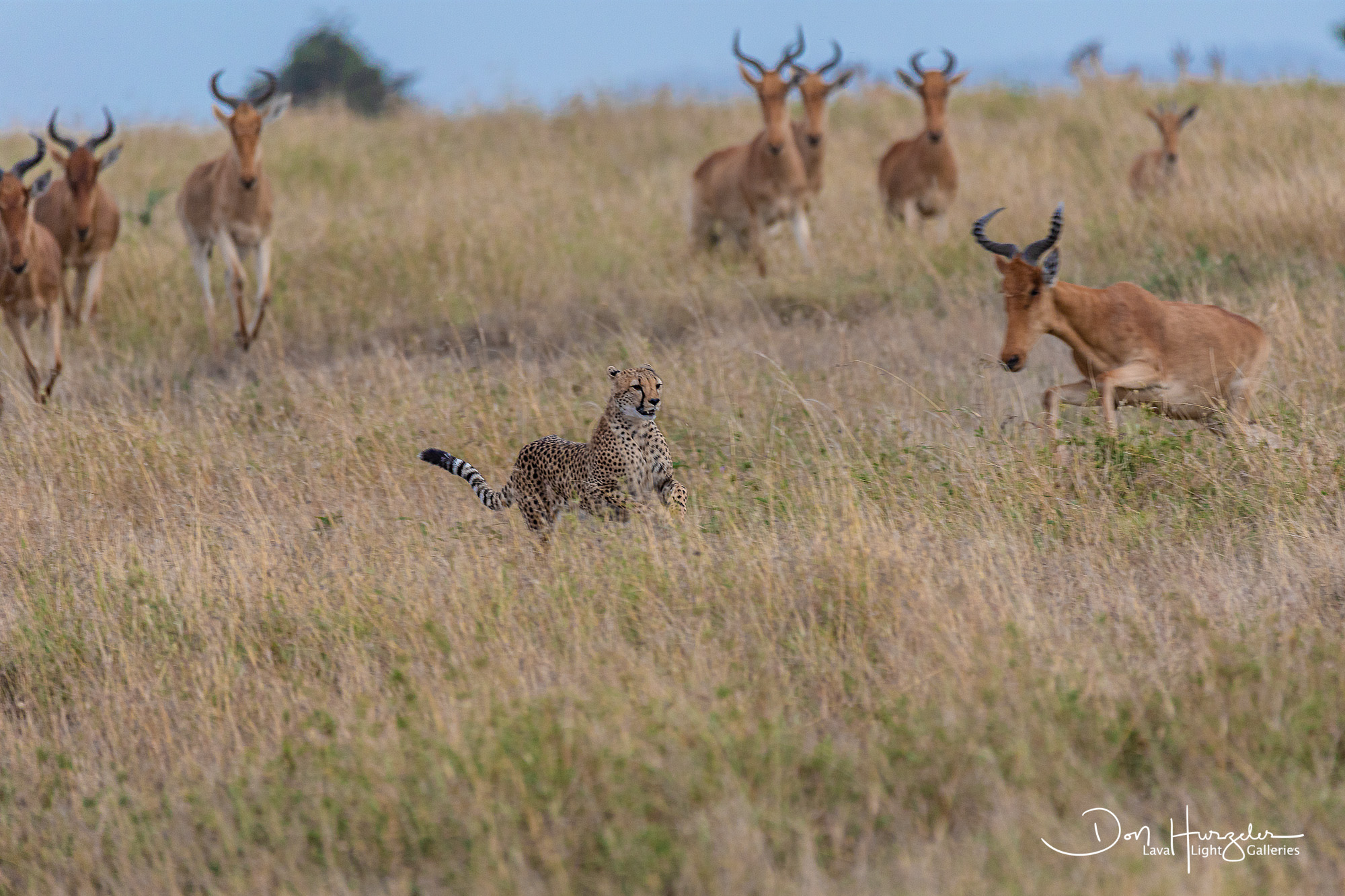 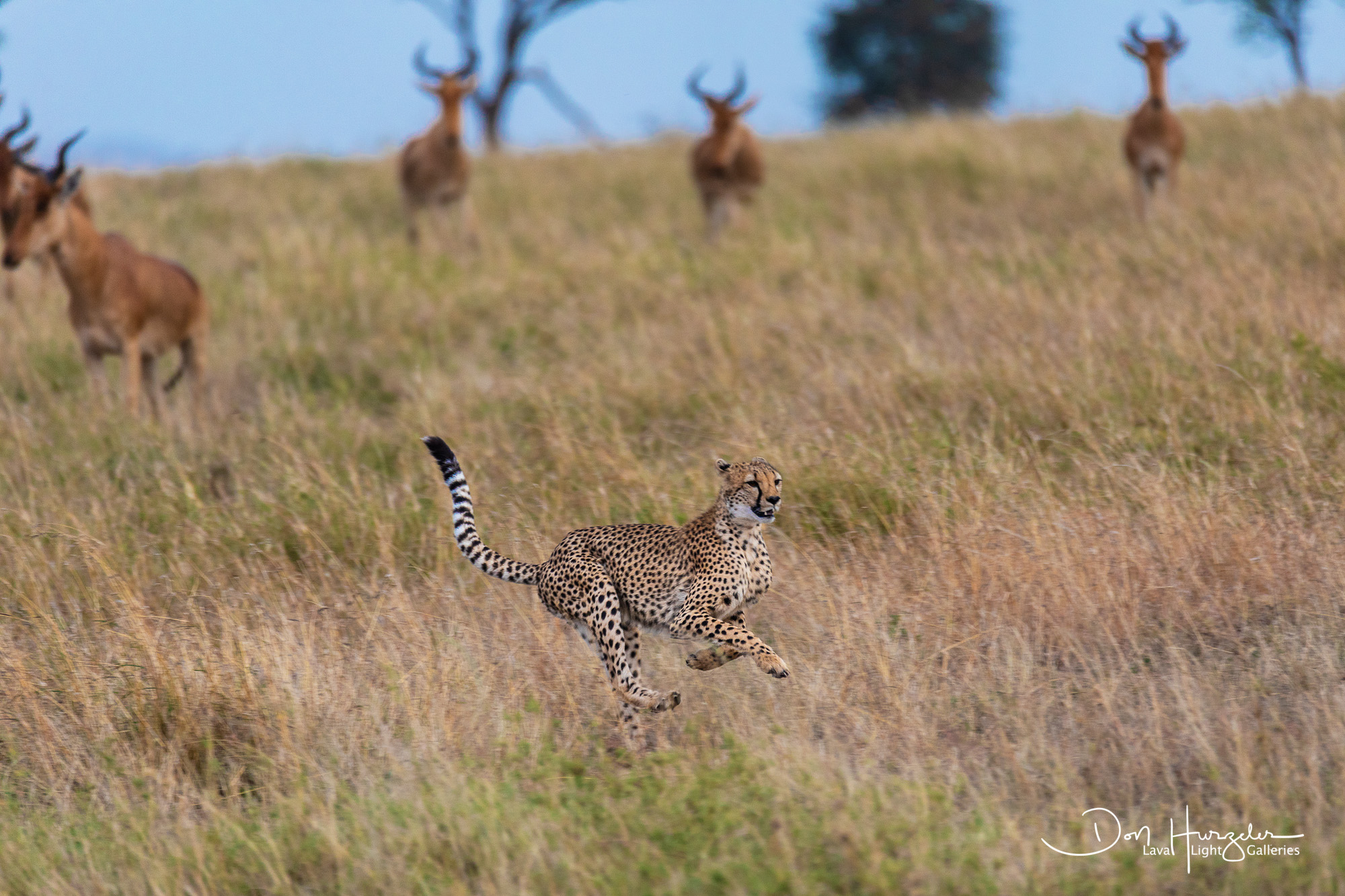 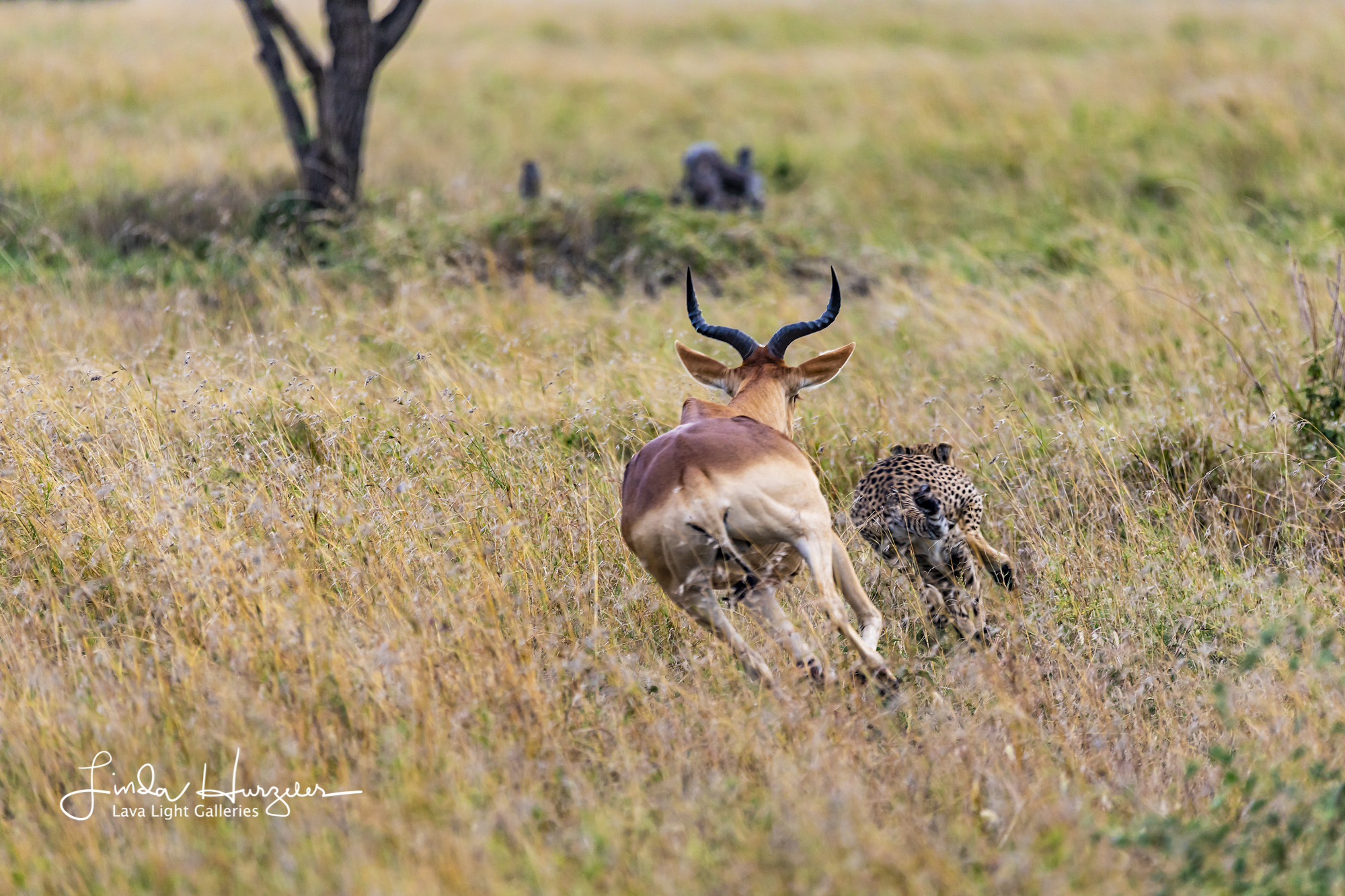